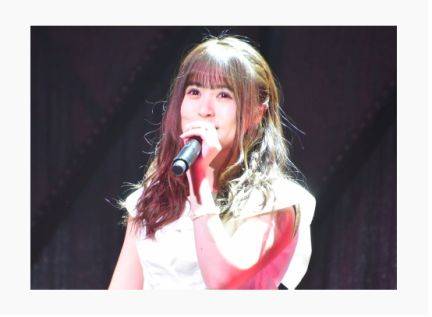 HKT48's Tomiyoshi Asuka has announced her graduation from the group. Her final stage will be March 30.

During Team KIV's show on February 28, Tomiyoshi announced, "I want to take a new path where I can express myself in a different way." She also wrote on Twitter, "I announced my graduation during today's show. I apologize for the sudden announcement."

She continued, "Because my days with everyone as an idol was the most important thing to me, I thought hard about it for a long time, and I am finally able to make a new start."

Tomiyoshi passed HKT48's second generation audition in June of 2012. She was in the senbatsu from the group's ninth single "Bagutte Iijan!" (February 2017) to their 11th single "Hayaokuri Calendar" (May 2018).