Do As Infinity's Van Tomiko got divorced last July 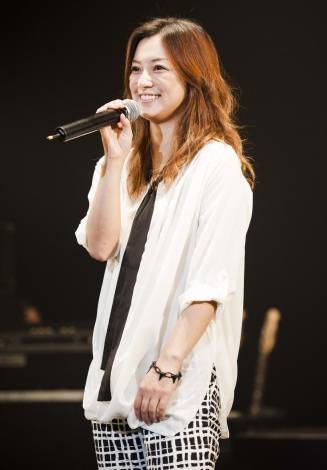 On August 4, Do As Infinity vocalist Van Tomiko appeared on Fuji TV's 'Bokura no Jidai.' During this program, she announced that she had gotten a divorce in July of last year.

The program also featured appearances by singers hitomi and Koda Kumi. As the three talk about childrearing, Van revealed that she had divorced her husband last July. "It doesn't change the fact that he is our children's father, so we are still keeping contact. It's like we are back to being friends," she said.

Van is now living in her hometown of Kumamoto and has help raising her children. "It was hard when I was living in Tokyo. I was by myself, and there was no family around me that I could rely on. I'm glad that I moved. It's like I was reborn again," she shared.

Van married a non-celebrity man in September of 2012. She gave birth to their first son in June of 2014 and their second son in December of 2015.