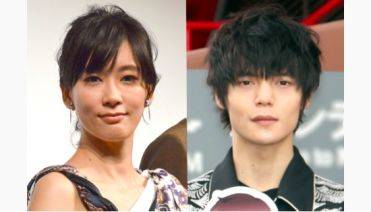 Actress Mizukawa Asami (36) and actor Kubota Masakazu (31) have tied the knot on September 21.

In a joint announcement, the couple wrote, "At this time, we, Kubota Masakazu and Mizukawa Asami, have registered our marriage on September 21, 2019." The two co-starred in Fuji TV's drama 'Bokutachi ga Yarimashita' in 2017, then started dating afterwards. They revealed, "Our respect for each other as a human being and actor grew stronger over these past two years. We wanted to take each other's hand and live together."

They continued, "We will humbly aim for even greater heights and devote ourselves to acting. Likewise, we hope to build a fun and lively family." Finally, they stated, "We are both immature, but it would make us happy if you would watch over us warmly."