Aiba Masaki to be the host for this year's 'FNS Kayousai' 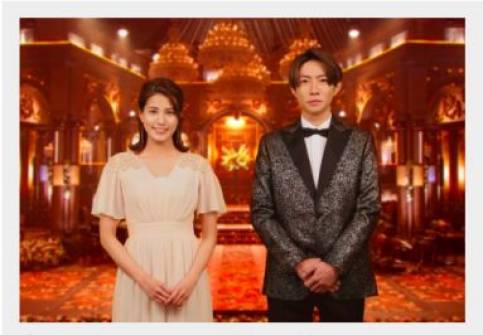 On the November 7th broadcast of Fuji TV's 'VS Arashi,' it was announced that Arashi's Aiba Masaki will be hosting the year-end music program 'FNS Kayousai 2019.'

At the end of the program, the members lined up but Aiba was the only one with formal wear. He started by saying, "There's a reason why I'm dressed like this," and announced, "I, Aiba Masaki, will be the host for 'FNS Kayousai.'"

Ninomiya Kazunari immediately expressed his worries, saying, "Are you okay?" Then Aiba invited announcer Nagashima Yumi forward, saying, "I was worried about being by myself, so I invited a reassuring partner. Please let me introduce her."

The two greeted the camera and bowed together, but their timing was off. Matsumoto Jun commented, "You are not in sync yet."

In order to lighten the mood, Ninomiya said to Ohno Satoshi, "Leader, please say something." Ohno said, "I will be the host," and brought laughter and a relaxing atmosphere.