Tanigawa Airi to graduate from NMB48 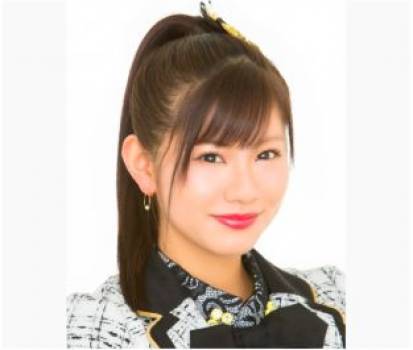 NMB48 Team N member Tanigawa Airi will be graduating from the group in December.

On the group's official blog, Tanigawa wrote, "I, Tanigawa Airi, will graduate from NMB48. I am sorry to surprise you with this sudden announcement. Since joining the group at the age of 15, I have been active as a second generation member for about eight and a half years. NMB48 was the first thing I was ever serious about in life. Everything that happened in NMB48 has helped me to mature and become stronger."

She continued, "I can proudly say that I've done everything I can as an idol. I don't have any regrets. That's why I will graduate from NMB48. I've decided to take everything I've learned and experienced into confidence and depart NMB48."

On her future, she commented, "I want to challenge myself to many things including acting, work related to baseball, variety programs, and voice acting."

Finally, she stated, "I am scheduled to graduate in late-December. I am fortunate to have my graduation concert on December 19 at Zepp Namba. I will put everything I have into it, so it would make me happy if you would come!"