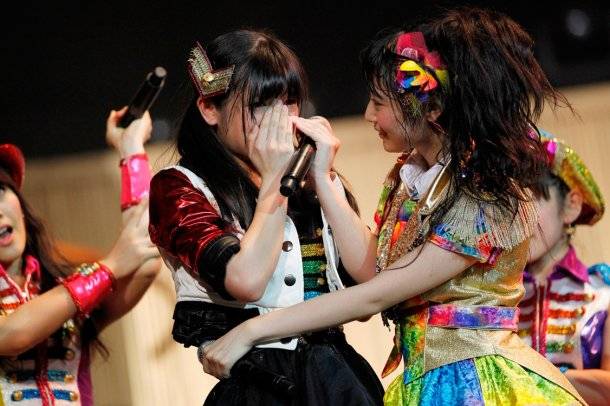 It's been announced that SKE48 Kenkyuusei Yamada Mizuho has been promoted to Team KII.

This surprise announcement was made on October 26th by the group's manager during the encore of SKE48's concert at Kobe World Memorial Hall. When Yamada's name was announced, the crowd broke out into a "Mizuho call" and other members also congratulated her on her promotion.

In tears, Yamada expressed, "I wanted to quit when I wasn't promoted in April, but I'm really glad I was promote [this time]. From now on, I will do my best to return the favor as Team KII's Tanaka Mizuho."

On this day, the group performed their new song "Sansei Kawaii!" (scheduled for release on November 20th) for the very first time. It was also announced that they will be holding an additional show on December 5th at Yokohama Arena.

Yamada Yu and her daughter pose together in Gap advertisement
4 days ago   0   4,443