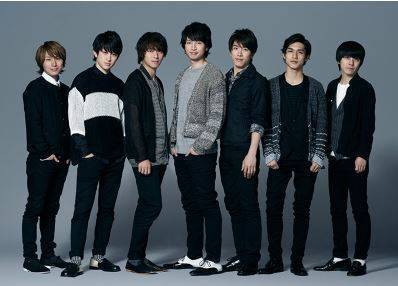 The details on Kanjani8's new single "Hibiki", which will be released on January 15th, have been revealed.

This is the second part to Kanjani's 3-month consecutive single release project. The first, "Kokoro Sora Moyou", was recently released on December 4th. "Hibiki" is a medium-tempo number that will be used as the theme song for Okura Tadayoshi's starring drama 'Dr.DMAT' airing on TBS starting in January.

The single will be released in both limited and regular editions. As the coupling track, both versions will include a song called "Winter pop" which was written and composed by UNIST's TAMATEBOX.

The limited edition will come with a DVD containing the PV and making footage for "Hibiki". Meanwhile, the regular edition will include another coupling track titled "Frozen Margarita" written, composed, and arranged by SHIKATA.

To commemorate the release of the 3 singles, the group will hold an event called 'Kanjani8 no Kai 2014'. Those who purchased all 3 singles can enter a lottery to win tickets. The events will be held in Tokyo and Osaka. More details will be revealed later.