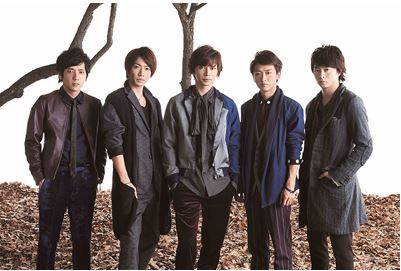 Arashi will be releasing their new single "GUTS!" on April 30th.

"GUTS!" will be used as the theme song for Ninomiya Kazunari's new drama 'Yowakutemo Katemasu ~Aoshi Sensei to Heppoko Koukou Kyuji no Yabou' which will be broadcast by NTV starting April 12th. It will be released in both limited and regular editions. The limited edition will come with a coupling track, as well as a DVD containing the PV for "GUTS!" and as 12-page lyric booklet. Meanwhile, the regular edition will include two new songs different from the one included in the limited edition.