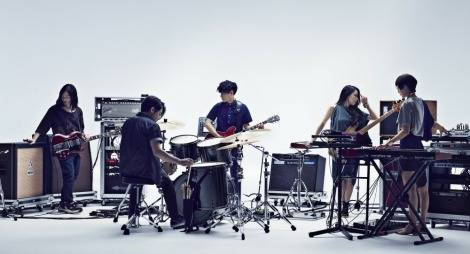 Rock band Sakanaction's new song "Hasu no Hana" has been chosen as the theme song to Yamashita Tomohisa's upcoming starring film "Kinkyori Renai" which will open in theaters on October 11.

This marks the second time for the band to sing for a movie since they last provided the theme song for Tsumabuki Satoshi's film "Judge!" (released in January).
According to a representative, the new song is quite an addicting song.

Prior to the release of the movie, the song will also be used for the movie's spin-off drama "Kinkyori Renai ~Season Zero~" (to begin airing on July 19 on NTV) which stars Johnny's Jr.' Abe Aran.

The release of "Hasu no Hana" is undecided at this moment.