Matsushita Nao to serve as charity personality for '24-Hour Television' 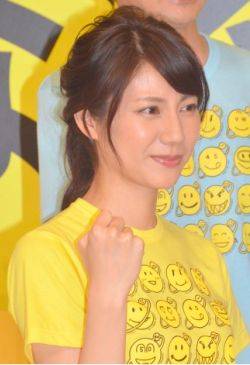 It's been revealed that actress Matsushita Nao will serve as this year's charity personality for NTV's '24-Hour Television 38 Ai wa Chikyuu wo Sukuu' (August 22 - 23).

This was announced during a press conference that broadcast live during NTV's 'Hirunandesu!'. Matsushita, who was introduced by announcer Hatori Shinichi, expressed, "I'm really excited and happy." She added, "I will do my best to make it a wonderful day in order to connect with everybody across Japan."

The theme of this year's '24-Hour Television' is "Tsunagu ~Toki wo Koete Egao wo~ (lit. 'Join smiles beyond the time')". The main personalities will be V6 and Hey! Say! JUMP as the program's first "2-generation personalities". It will be hosted by announcers Hatori Shinichi and Miura Asami.