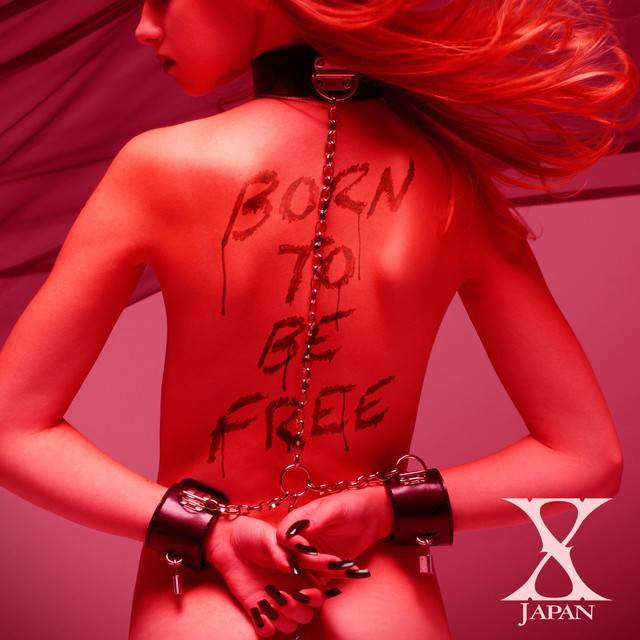 X JAPAN premiered the music video for their new single "Born To Be Free", with Kerrang! Magazine. The fan-driven video, released on Yoshiki's birthday as a gift

to X Japan fans, celebrates the worldwide commercial release of the single "Born To Be Free," released on November 6th. The single is currently available on iTunes.

"Born To Be Free" is a fan favorite that the band has performed over the years, but is now being released for the first time ever as a studio recording. In its first week of release the single hit number 1 on the iTunes rock charts in France, Sweden, Mexico, Peru, Argentina, Singapore, Taiwan, Hong Kong, Macau, and Japan.  The track will be on X Japan's upcoming full-length album, which will be released on March 11th, 2016.

"X Japan fans are the best in the world. We hope this video shows that we appreciate all their love and support," said X Japan's leader Yoshiki.

The video premiere follows X Japan's recent audio premiere of the single with the UK's Metal Hammer Magazine, which drew so much streaming traffic the site was inundated and crashed multiple times during the 24 hour exclusive premiere. The single has since been added to UK rock powerhouse Planet Rock's playlist, and is garnering increased spins across UK specialty rock stations.

Yoshiki recently made a special appearance in the UK at the 11th annual Classic Rock Awards at The Roundhouse in London.  The star-studded awards show featured music luminaries and industry heavyweights including Iron Maiden, Jimmy Page, Motorhead, Alice Cooper and Brian May, of Queen.  X Japan's leader and drummer opened the awards ceremony with a performance of  "Bohemian Rhapsody" as a tribute to Queen before performing a medley of X Japan's "Without You" and his composition "Art of Life."  It was the first time in the history of the award show that a Japanese artist had performed live.

X Japan will release their first new studio album in 20 years on March 11, 2016 in conjunction with #XDAY, a special album release concert and worldwide film premiere event at London's SSE Arena at Wembley on Saturday, March 12, 2016. The lead track "Born To Be Free" was recorded at Yoshiki's own recording studio, formerly Larrabee East, in Los Angeles. It was mixed by 5-time Grammy Award-winning engineer Chris Lord-Alge.

In addition to the long-awaited studio album release, X JAPAN will premiere its untitled documentary film on March 12th at the #XDAY event prior to the band's performance, making the event a 4-hour, multimedia rock experience. The film is produced by two-time Academy Award winner ("Searching For Sugar Man" & "One Day In September") John Battsek of the UK based Passion Pictures. Directed by Stephen Kijak ("Stones In Exile"), the film takes viewers on a 20 year journey through the tumultuous history of the legendary Japanese band and their dynamic leader Yoshiki.

Through triumph and tragedy, X JAPAN has remained resolute about reuniting in the studio to produce a follow up to their 1996 studio album Dahlia, their fifth studio release that went platinum in Japan. Dahlia preceded the band's break up in 1997 following their fifth consecutive sold out New Year's Eve concert, at Japan's famed 55,000 seat Tokyo Dome.

For updates and more information on X Japan and #XDAY please visit:

For tickets to #XDAY at SSE Arena at Wembley please visit http://www.livenation.co.uk/artist/x-japan-tickets