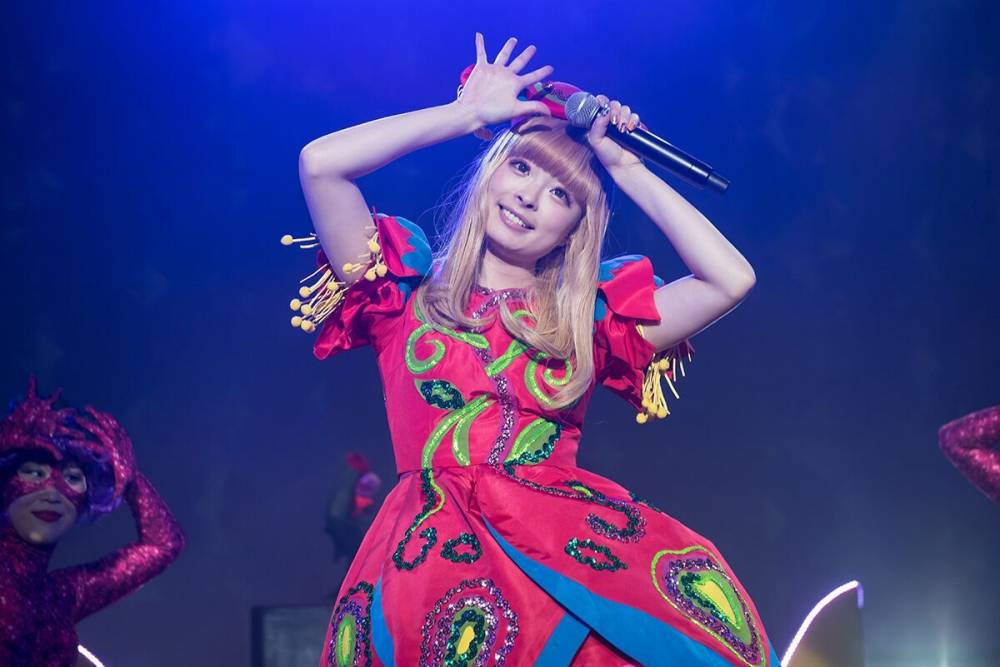 J-POP SUMMIT 2016 returned to the Bay Area for its 8th annual all-sensory celebration of vibrant Japanese pop culture. This year, the festival drew more than 20,000 attendees on July 28 to the historic Fort Mason Center located in San Francisco's Marina district.

Recognized internationally as a preeminent platform for showcasing the latest trends in Japanese pop and rock music, fashion, film, popular art, and pop culture, the J-POP SUMMIT 2016 also added special focused attractions this year that highlighted ramen, sake, and travel. An interactive summit also featured a display of innovative new Japanese consumer tech products and was complemented by a conference and idea-thon led by a vanguard of visionary entrepreneurs and tech visionaries from Japan and the Bay Area.

"J-POP SUMMIT 2016 was the most successful festival we have staged to date in terms of the sheer diversity of programming and the wide range of different attractions," said Seiji Horibuchi, Chairman of the J-POP SUMMIT Committee. "Each year we strive to present a unique and memorable festival, and we are very gratified that J-POP SUMMIT has continued to evolve and grow and has remained such a vital part of the Bay Area's annual summertime calendar. We look forward to 2017!"

Japan's princess of pop Kyary Pamyu Pamyu returned for her second headlining appearance at J-POP SUMMIT and kicked off this year's festival with a frenzied, dance-driven concert for a sold-out crowd at The Regency Ballroom. The singer delivered many hits from her newest Best of KPP anthology release.

exhibits, apparel items, and accessories from modern Japanese style clothing brand SOU•SOU along with a variety of other handpicked items and brands from Japan in the MOSHI MOSHI NIPPON area. The festival also celebrated the return of guest of honor and fashion visionary Sebastian Masuda, an art director and extremely influential artist for Harajuku kawaii culture, for a special series of events and attendee meet-and-greet sessions as well as rising pop star and fashion model UNA for a special live performance.

Other Guests of Honor from Japan

The Ramen Summit was curated by Yoshiyuki Maruyama, Executive Chef of San Francisco's own Orenchi Beyond. Five top-rated ramen makers from the Bay Area, New York, and Japan joined - Hinodeya Ramen Bar from Japan (and opening in San Francisco this summer in Japantown), Naruto Ramen from New York, Iza Ramen, Orenchi Beyond and Ramen Taka from Bay Area. Plans are being made for an even larger Ramen Fest next year at J-POP SUMMIT 2017.

This year, J-POP SUMMIT 2016 debuted an extensive "VIRTUAL TRIP TO JAPAN" attraction from JAPANKURU, a travel organization encouraging millennial tourism to Japan. Guests dove deep into Japanese culture and "visited" three zones that featured interactive experiences fusing the past, present, and future and showcasing what makes Japan a travelers' delight. Highlights included the debut of KURUKI, Japankuru's new kawaii (cute) blue dog character that made live appearances on the stage. A visit to "Tokyo Daijingu," a mock-up of a major Shinto shrine in Tokyo, was the most popular experience and guests prayed for good fortune in the "Shrine" and received fortunes and prizes. The Kawaii Station highlighted "Harajuku," the world-renowned mecca of "kawaii (cute)" culture and legions of attendees and fashion devotees donned colorful and fancy pop-inspired ensembles and accessories.

The first-ever J-POP SUMMIT Drag Contest was held on the main stage with local celebrity drag hosts D'Arcy Drollinger and Heklina and J-POP SUMMIT's guest of honor Mitz Mangrove as a special celebrity judge. Five contestants competed, displaying anime, manga, and cherry blossom motifs and making the event one of the highlights of the Sunday stage activities.

J-POP SUMMIT 2016 marked the second annual interactive summit, bringing Japanese and Japanese-American tech along for the ride. Startups and worldwide corporations alike debuted the latest in Japanese innovation from Yamaha's autonomous motorcycle-riding humanoid robot "Motobot" to MESH's network of buttons that make any device smart to

INUPATHY's dog collar that lights up different colors based on your pup's emotions.

Mazda zoomed in at full speed with displays of its new CX-3 and MX-5 MIATA cars, but guests didn't have to wait to drive them: Mazda used Sony's Gran Turismo to let attendees sit behind a real wheel and drive laps in Mazda's latest vehicles on a professional raceway without even leaving the venue. Likewise, TOTO brought its A100 Washlet, a toilet seat fit for 2016 with its bidet pump, heating, automatic seat opener and push-button controls to adjust the whole experience.

Meanwhile, the Sessions at Gallery 308 buzzed with the combined entrepreneurial spirit of

Japan and San Francisco/Silicon Valley's unique symbiotic bi-national relationship that is driven by technological innovation. Featuring panels on Designed IoT and Robotics, the event began with a startup pitch contest, "Innovation Weekend SF 2016," where founders presented their businesses to a wide range of professional attendees. The winner was Velo Lab for its smart key lock called Skylock. The runner-up was Butterfly. Both teams will be invited to Tokyo at the end of this year for the Innovation Weekend Grand Finale 2016 to compete with other winners and runners-up from all over the world.

J-POP SUMMIT is one of the world's biggest Japanese pop culture events held every summer in San Francisco, CA. By introducing the latest in Japanese music, fashion, film, art, games, tech-innovations, anime, food, and niche subcultures, the festival has become a landing platform for new trends from Japan. 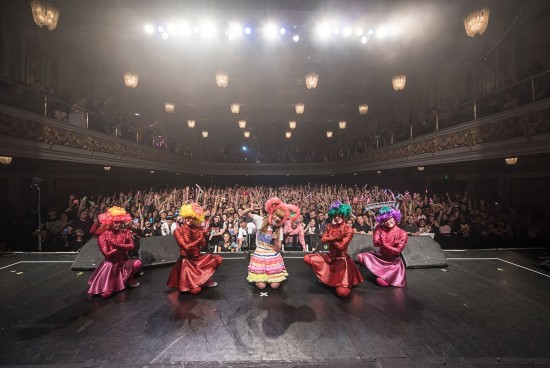 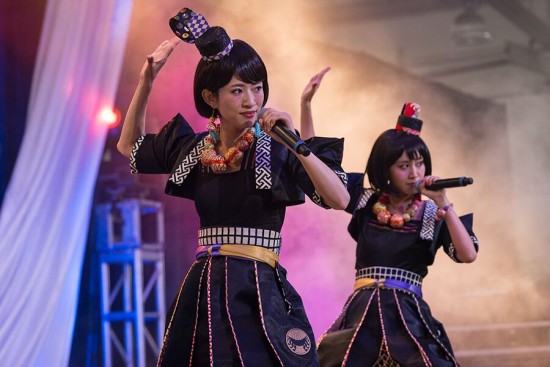 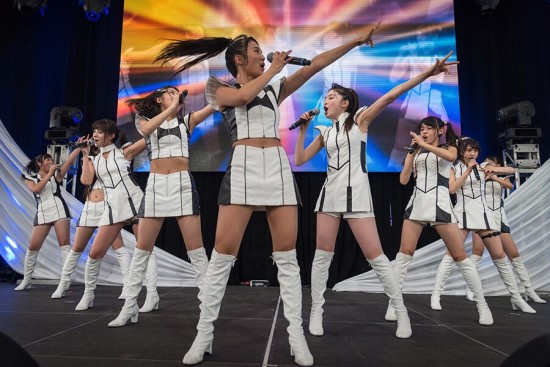 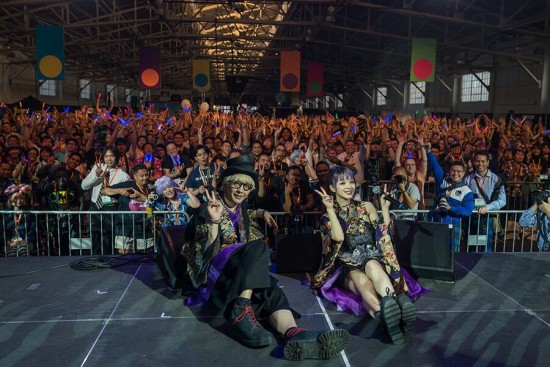 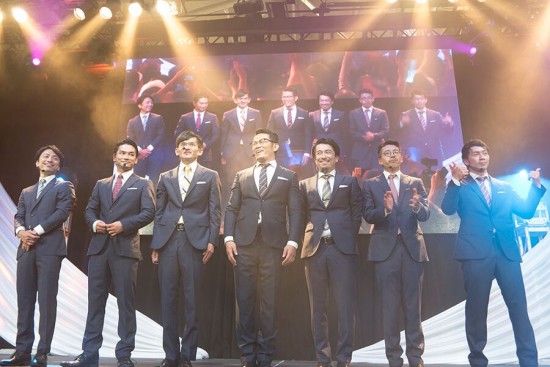 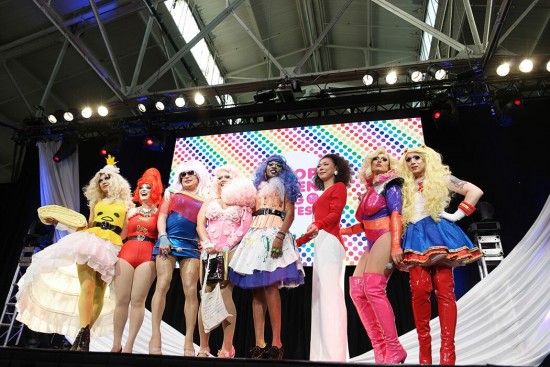 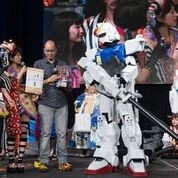 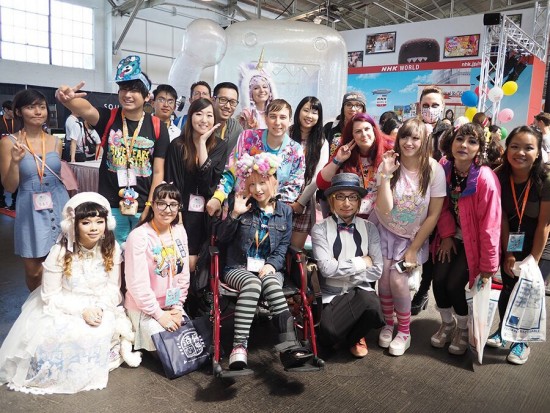