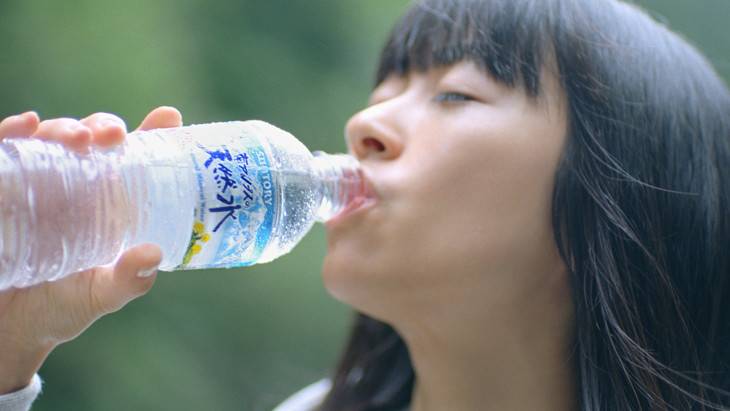 Utada Hikaru is the face of Suntory Tennensui's latest CM.

This marks the singer's first CM appearance in about six years. In the new CMs, Hikki is seen climbing the Akaishi Mountains (Southern Alps). The song being used is "Michi", a track off of her upcoming album "Fantome" to be released on September 28.

The CM shoot took place in late-August from Kitazawa-touge to Sensui-touge of Akaishi Mountains. Hikki reflected, "It felt really good to shoot the CM while being surrounded by nature. For a musician in her 30s who likes to stay indoors, I think I did pretty good climbing up and down the mountain."

You can check out the CMs, behind-the-scene footage, and interview below!