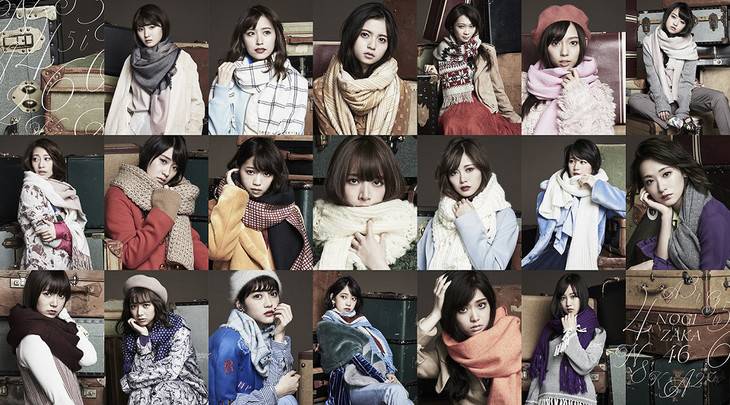 It's been announced that Nishino Nanase and Shiraishi Mai will serve as centers for Nogizaka46's 17th single (currently untitled).

On January 31, the senbatsu members were announced during the group's program "Nogizaka Kouchichuu". On her 5th time becoming center, Nishino commented, "I am happy to work with my favorite members, such as Hinachima (Higuchi Hina) and Yuri (Saito Yuri), this time." Meanwhile, Shiraishi, who will be the center for the third time, stated, "As this will be our first single with a new setup, I hope to make this a good single."

The senbatsu members will consist of 6 members in the front row, 6 in the middle, and 9 in the back. With 21 members, this is the most members that the group has ever had for their single. Besides Nishino and Shiraishi, Akimoto Manatsu, Eto Misa, Hori Miona, and Saito Asuka have been selected for the front row. Furthermore, this will be Terada Ranze's first time in the senbatsu, and Nakada Kana is making a comeback in the senbatsu after three and a half years. The front and middle row members will carry out their activities as the "Nijyuu Fukujin" members.