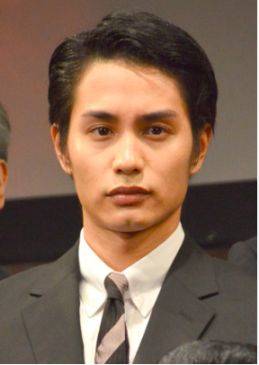 On January 21, actor Nakamura Aoi (25) updated his official blog and announced his marriage to a non-celebrity woman.

In a blog entry titled "Announcement," Nakamura introduced his wife saying, "We have been dating for about 6 years, and she has secretly been supporting me." As the years went by, he started to "naturally think about marriage. We decided to register our marriage on the day we started dating 6 years ago, January 21."

Nakamura added, "I am still very inexperienced, but I will devote myself even more as an actor. It would make me happy if everyone would watch over me warmly."

Nakamura entered showbiz after winning the grand prix in the "18th Junon Superboy Contest" in 2005. He landed his first lead role the following year in the stage play "Denen ni Shisu". Since then, he has starred in various dramas, movies, and stages. His popular works include movies "Hyakuhachi" (2008) and "BECK" (2010), and dramas "Hanazakari no Kimitachi e ~Ikemen?Paradise~ 2011" and "Seisei Suru Hodo, Aishiteru" (2016).