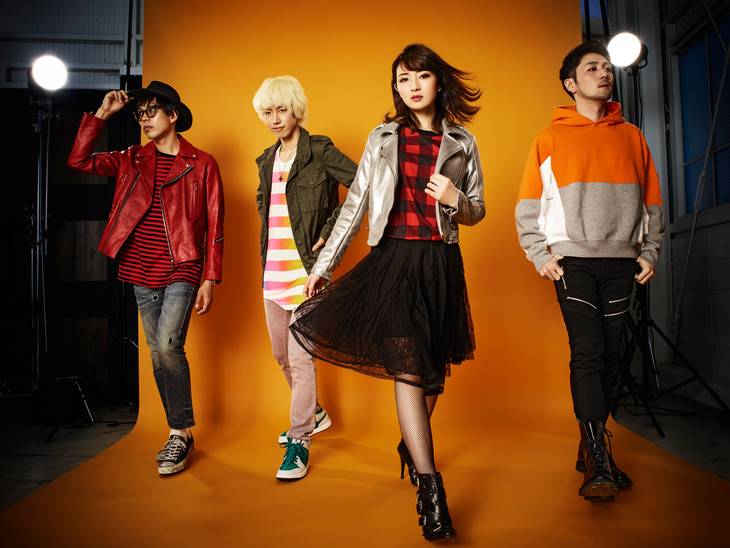 Former NMB48 member Kishino Rika has formed a rock band called Over The Top and serves as its vocalist.

Kishino graduated from NMB48 in last October to pursue her dream of becoming a singer. At her graduation concert, she promised her fans that she would return to the stage. Besides Kishino, Over The Top is comprised of Sakamoto Natsuki (G, ex. Chirinuruwowaka), Nagami Kazuya (B, universe), and Tanaka Hiroki (Dr, ex. the Lamps).

On the band's activities, Kishino commented, "My activities will be more intense than before, but I must, and want to exceed expectations. In other words, 'Teppen Tottande!' with 'Over The Top!'" referring to NMB48's first album "Teppen Tottande!" (We Got The Top!).

Over The Top will make their debut under DREAMUSIC in summer. The release date and other information on the debut single will be announced at a later date.