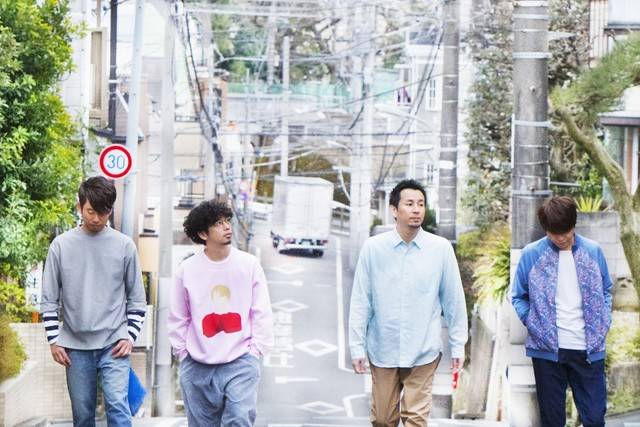 ASIAN KUNG-FU GENERATION will release their new single "Kouya wo Aruke" on March 29.

The title track will be used in the anime film "Yoru wa Mijikashi Arukeyo Otome" that's scheduled to open in theaters on April 7. As the coupling track, the single will include "Omatsuri no Ato", which is sung by Kita Kensuke (G). The limited edition DVD will contain the PV for "Kouya wo Aruke" as well as the trailer for "Yoru wa Mijikashi Arukeyo Otome".

The jacket cover was illustrated by Nakamura Yusuke, who is a good friend of the band, and also the person in charge of the character design for the movie.

In addition, the band will release their first box item "AKG BOX -20th Anniversary Edition-", commemorating 20 years since their formation, also on March 29. There will only be 3,000 sets available consisting of all of their albums, a 200-page booklet, and more.