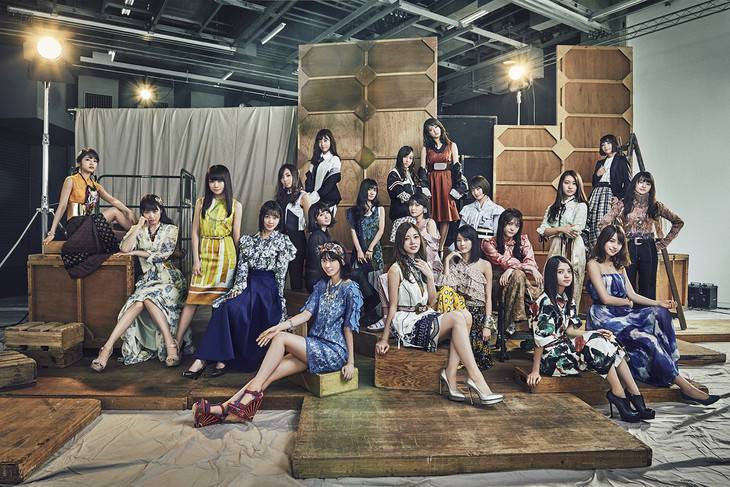 Nogizaka46 have revealed the jacket covers for their new album "Umaretekara Hajimete Mita Yume" that's due out on May 24.

For their first album "Toumei na Iro", the jacket covers were shot at Tokyo Metro's Nogizaka Station, then at the National Art Center for their second album "Sorezore no Isu". With their third album, the group took the concept "from Nogizaka Station, a train that heads toward a new place" and held their photo shoot at a studio in Tokyo. You can see the ladies striking a pose while dressed in different shades of purple.