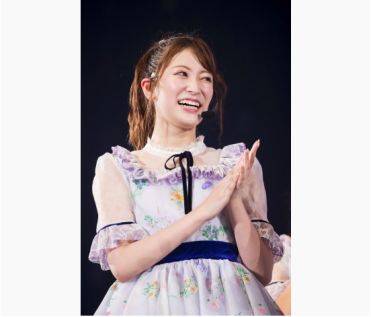 On October 2, NMB48 held their eighth anniversary live at Makuhari Messe. During the encore, it was announced that member Yoshida Akari will be launching an apparel brand next spring.

Yoshida declared, "When Saya-nee announced her graduation, we were wondering what would happen to NMB. I will lead NMB48 in my own way." She added, "I hope my apparel brand becomes successful so that I can be better known and contribute to the group."

Murase Sae is the only other member of NMB48 to be associated with an apparel brand. She became the producer of "ANDGEEBEE" on September 28. Details on Yoshida's brand will be revealed at a later date.