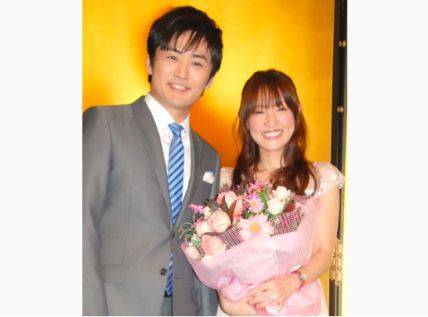 On March 5, comedian Gekidan Hitori's wife, talento Osawa Akane (33) updated her blog and announced that she has given birth to her third child, a baby girl.

Osawa reported, "To the media and my supporters at this time, I would like to announce that my third child has been born. Both myself and baby are healthy. She is a healthy baby girl." She added, "The five of us will devote ourselves with new feelings, so please continue to support us."

The two married on February 17, 2009 and held a press conference on the day of their wedding. Their first daughter was born in September of 2010 and their first son was born in July of 2016. They announced their third pregnancy last October.