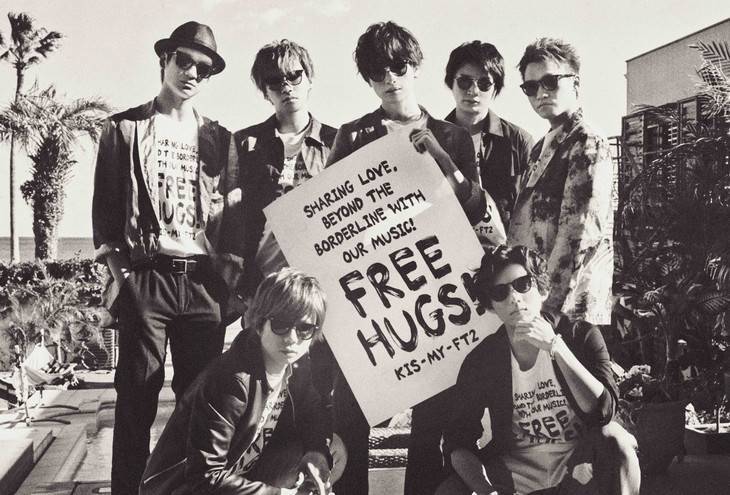 Kis-My-Ft2 will release their new single "HANDS UP" on July 10.

The group's 24th single is described as an aggressive dance number. Limited Edition A will come with "OPaPiPo," which is being used in dTV's 'Kis My Dokidokin!' as the coupling track. It will also come with a DVD containing the PV for the title track. Meanwhile, Limited Edition B's coupling track will be "Eien Musubi," a love ballad that's the CM song for Recruit's 'Zexy Enmusubi,' and the DVD will include a music video and special footage. In addition to "Eien Musubi," the Regular Edition will contain "Manatsu to Taiyou," which is the CM song for Kowa's 'Una Kowa Cool.'