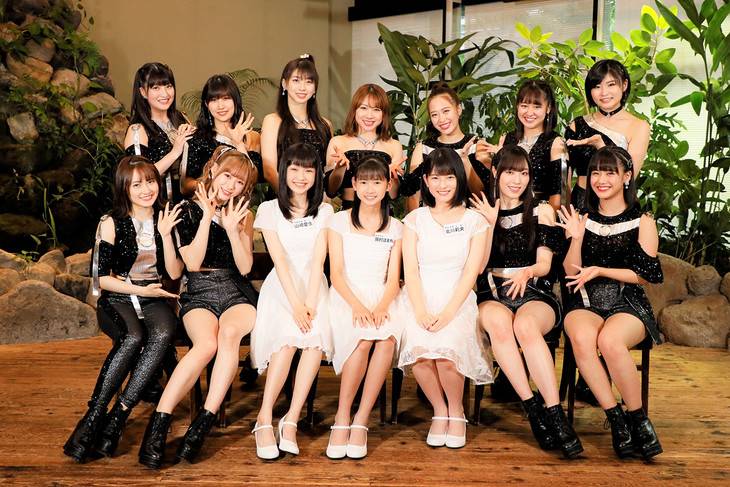 It's been revealed that Okamura Homare, Kitagawa Rio, and Yamazaki Mei will be joining Morning Musume.'19 as its 15th generation members.

This announcement was made on June 22 via a live broadcast on Morning Musume.'19's official YouTube channel. Okamura and Kitagawa were among the 4,500 people who applied for 'Morning Musume.'19 LOVE Audition' making them the first members to join the group through a general audition since the 12th generation members. Okamura, a 14-year-old from Tokyo, commented, "I still have a lot to improve with singing and dancing, but I will do my best to keep up with my senpai." Similarly, 15-year-old Kitagawa, also from Tokyo, said, "I will do my best with singing, dancing, and events so that people will be glad that Kitagawa Rio joined Morning Musume."

Finally, Yamazaki, a 13-year-old who was promoted to the group as a Hello! Project trainee from Hokkaido, expressed, "I will do my best to give a powerful performance so my feelings will reach even people afar."