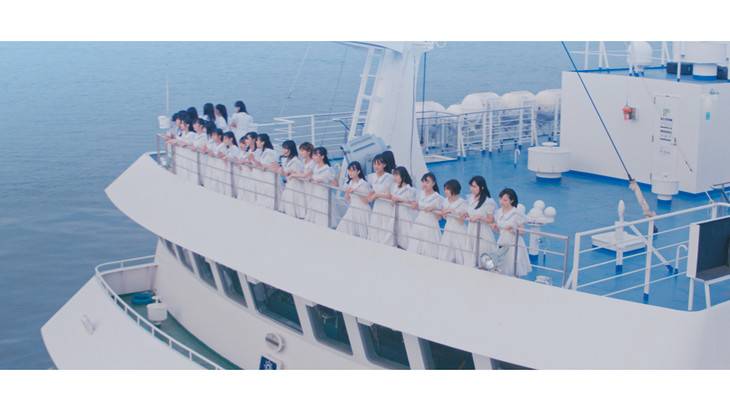 The PV for STU48's new song "Daisuki na Hito" has been uploaded onto YouTube.

"Daisuki na Hito" is the title track to STU48's third single to drop on July 31. Directed by Nakamura Taikou, the PV features the members performing on the 'STU48-gou', which just went into service this April. During the two-day shoot, the group gathered about 500 extras to help them with the video. The choreography was done by CRE8BOY, who was in charge of the live version of their major debut song "Kurayami."