MIYAVI to transfer to LDH JAPAN 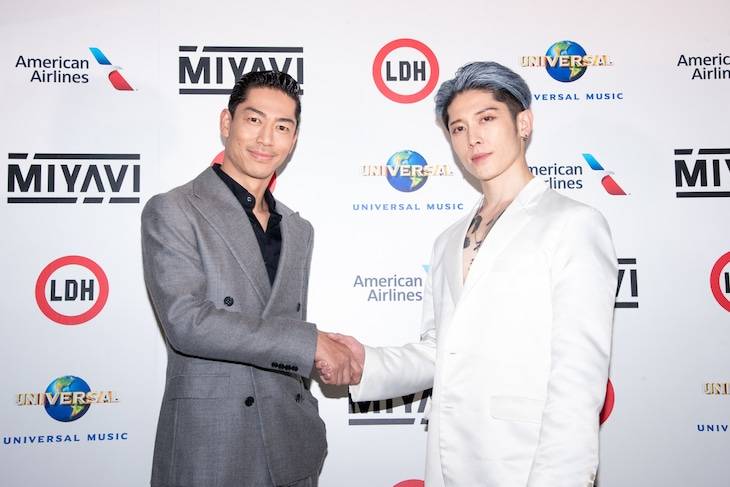 It's been announced that MIYAVI will transfer to LDH JAPAN. On December 18, an event was held at Zepp DiverCity TOKYO where EXILE AKIRA came to congratulate MIYAVI on his transfer.

On his transfer to LDH JAPAN, MIYAVI commented, "My heart is trembling. I want to team up with LDH and rock the world together." It's been a whole 10 years since MIYAVI has been independently active in the music industry. He reflected, "With the support of many people, I have been running around the world. Fighting alone overseas, there honestly were times when things got tough." During that time, MIYAVI felt that he wanted some friends to work with, "I felt envious of having friends to sweat with, eat with, and spend both happy and hard times with."

After presenting him with a bouquet, AKIRA, who is the same age as MIYAVI, stated, "He is the only person with the Japanese spirit who embarked onto the world with just one guitar. He has secretly been giving me power." He continued, "What we lack is the power of breakthrough. A strong conviction like MIYAVI's, I believe will make an impression on young people today. I hope to share many things with each other, and create LDH style entertainment together with a made in Japan spirit."

MIYAVI will officially transfer to LDH JAPAN in January and release two solo albums in 2020. He is also planning a Japan tour next spring.