Perfume to release their 20th single in July 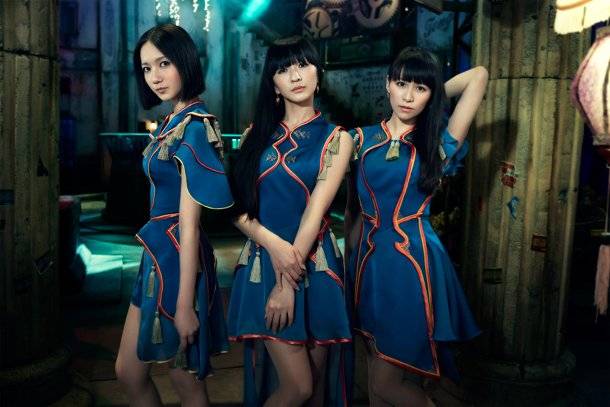 It's been revealed that Perfume will release their 20th single "Cling Cling" on July 16.

The title track "Cling Cling" has been picked up as the CM song for Eisai's 'Chocola BB' for 2014. The CM, starring the members of Perfume, will begin airing in mid-July. As the coupling track, the single will include "Hold Your Hand" which is currently the theme song for NHK Sougou's drama 'Silent Poor', 2 brand new songs "DISPLAY" and "Ijiwaru na Hello", and the instrumental version of the 4 songs.

The limited edition DVD will contain the PV and teaser for "Cling Cling", the short PV for "DISPLAY", and a digest of their tour 'Perfume FES!! 2014' which was held from March to April. The digest will include footage of the various artists who participated in the tour.

Besides the limited edition, the single will come in a complete production edition called 'Okkii Hako no Naka Shiyou'. This will come with a 3D photo jacket, a box, and a photo booklet. It will also come with a DVD including special footage 'Nishiwaki-ke Memorial: Spice' and 'SHINING?STAR'.
[Cling Cling]

BREAKING
Sakurai Sho and Aiba Masaki both announce their marriages
11 hours ago   0   6,553

BREAKING
Sakurai Sho and Aiba Masaki both announce their marriages
11 hours ago   0   6,553