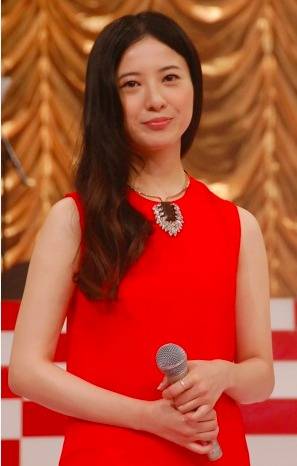 On October 10, NHK made an official announcement that actress Yoshitaka Yuriko and popular group Arashi will host 'The 65th NHK Kohaku Uta Gassen'. Arashi will host the white team for the 5th consecutive year, while Yoshitaka will make her debut as the host for the red team. In addition, announcer Udo Yumiko will be the general host.

Yoshitaka played the lead in this year's NHK morning drama 'Hanako to Anne'. Throughout the 156 episodes, it had an average viewer rating of 22.6%, the highest among any morning drama in the past 10 years. In her best condition yet, will she be able to lead the red team to victory?

The actress initially showed a nervous expression stating, "I haven't grasped the situation..." during a press conference held during that day, but she went on to say, "Although this is in 2 months, I will do my best to adjust to it." Then, she looked over at Arashi and said with a smile, "I didn't think I would get to stand next to them in anything other than variety programs, so I want them to pull me through."

Arashi, who has become the first to host the program for 5 consecutive years, will once again be in charge of the white team. Member Aiba Masaki commented, "I've never imagined that we would host for 5 years in a row. I am happy."

This year's theme is "Utaou. Oomisoka wa Zenin Saka de!" which translates to "Let's sing. Everyone participate on New Year's Eve!" The show will broadcast for 4.5 hours from 7:15 pm to 11:45 pm. Until now, the win-loss record between the red team and the white team is 29 to 35.