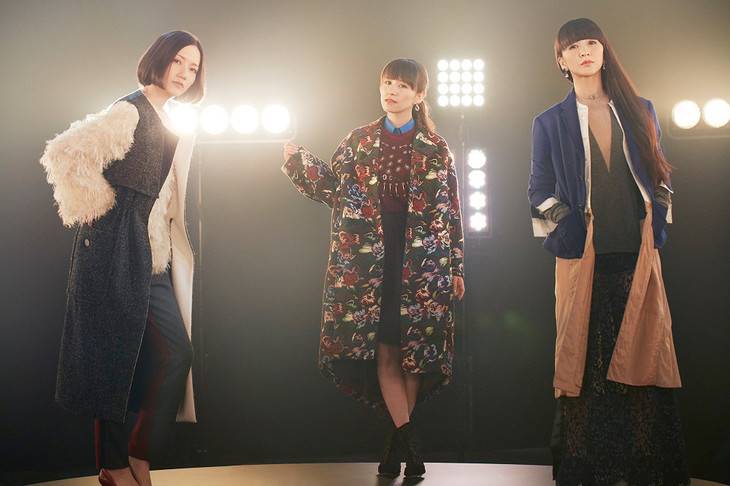 Perfume have revealed that their new single "STAR TRAIN" will be released on October 28.

This year, Perfume celebrate 15 years since their formation. The single's title track will be used in the group's documentary film "WE ARE Perfume -WORLD TOUR 3rd DOCUMENT". Besides "STAR TRAIN", the single will include "TOKIMEKI LIGHTS", which was picked up as the theme song for Eisai's 'Chocola BB' CM. In addition to these two songs, the limited edition will contain their popular song "Imitation World", as well as the instrumental version of these three tracks. Furthermore, the DVD will come with "Perfume View", a footage shot by the members during their PV shoots.

In related news, it was announced that "WE ARE Perfume -WORLD TOUR 3rd DOCUMENT" will be narrated by Harisenbon's Kondo Haruna. Kondo, who is friends with the group, was excited to hear that she would serve as the narrator. With joy, she said, "To Perfume!! Thank you for shooting this documentary film!! I am super happy!!"