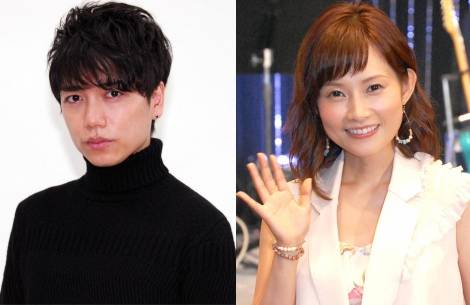 Actor Yamazaki Ikusaburo (29) and former Morning Musume member Abe Natsumi (34) married on December 29. According to their agencies, the couple have not planned for their wedding ceremony and party as of yet.

Yamazaki said through his agency, "On December 29, 2015, I have officially registered my marriage with Abe Natsumi. Through these past four years we spent together, there were times with laughter, times with tears, and while we've been through many things together, it was just natural that I started wishing to spend the rest of my life with her." He also mentioned how he respected her.

On the same day, Abe also updated her blog, saying, "Though I am still inexperienced, I was able to have my own family who can support each other. While I will keep in mind to be a supportive wife for him, I would like to make a simple yet bright and warm family with your guidance and support." Regarding her future activities, she wrote, "I'm planning to continue working at a slower pace while giving priority to my family first."

Abe and Yamazaki co-starred with each other as a married couple in the stage play "Arashigaoka" back in July 2011, and their romance was first reported in August of the same year.