Kitagawa Keiko and DAIGO hold a press conference for their marriage 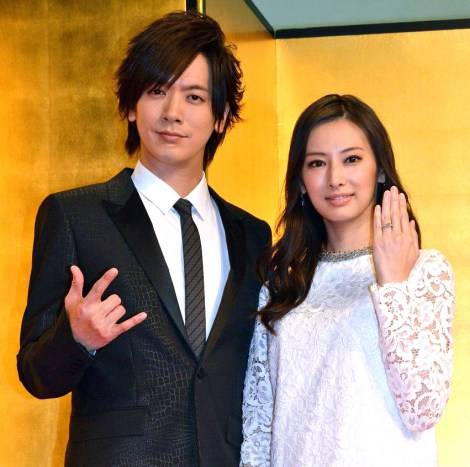 While receiving a flood of spotlight, Kitagawa showed a ring to the press, and the newlywed couple talked about how their romance began.

The couple first met through TBS drama "LADY ~Saigo no Hanzai Profile~", which aired in 2011, and they met again at the shooting for a variety show on January 11 of 2013.

There were many reports about the big couple's relationship and marriage, and some media outlets reported that DAIGO would propose to her after he ran 100 kilometers as a charity marathon runner for "24-Hour Television."

Regarding the proposal, DAIGO said, "There was a report that I was planning to propose to her right after the 100 kilometer marathon. I have something to tell you. Please don't reveal my plans ahead of time," which brought a laughter among the press, and then he said, "...and it was just exactly right. I did give a ring and propose to her at the moment I got back from the 100 kilometer marathon." Kitagawa continued, "I did not expect him to propose, but he gave me an obvious-looking box. He then said it with his own alphabet way, which was 'KSK' standing for 'Kekkon Shite Kudasai.' (meaning will you marry me?) I was very happy."

The couple also revealed how they knew they were meant for each other. DAIGO said, "Honestly, when we began dating, I was very serious with marriage in my mind. She is just a wonderful woman, beautiful, fun, and above all else, she loves my music. She laughs uproariously at my jokes, which gives me confidence. She is just perfect as too good to be true for me. There are too many reasons why I fell for her, and if I explain all of those, it will take 24 hours, so I think that's enough for now."

Kitagawa also explained, "DAIGO-san told me he had marriage in his mind when he asked me out, so I had that in my mind from the beginning, but I became more concrete when he was chosen to be the one to run the '24-Hour TV' marathon. It was about 3 months until the marathon, and I felt that we were working together closely toward it, so it gave me the idea this was how we would keep on walking together. I can be my natural self, and just by talking to him makes me smile. He is reliable when it's important, and nothing rattles him. He is also very kind, and... it's just endless, but we ended up like this as I was attracted to everything about him."

During the conference, the happy couple stared at each other many times and showed how they were madly in love with each other. 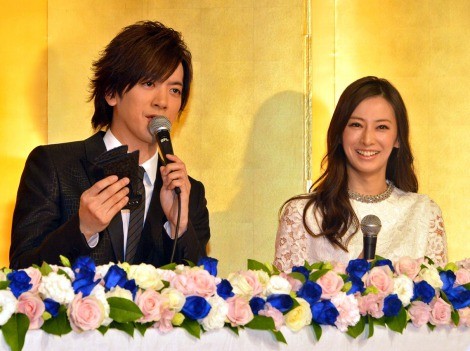 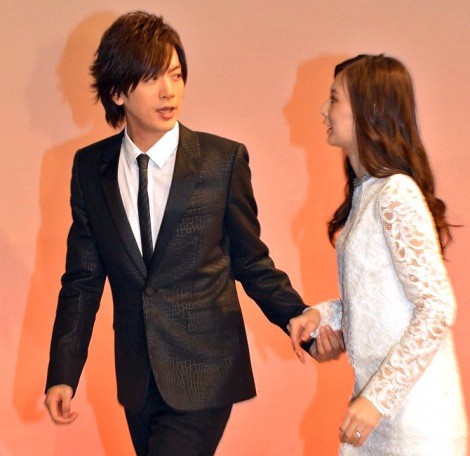 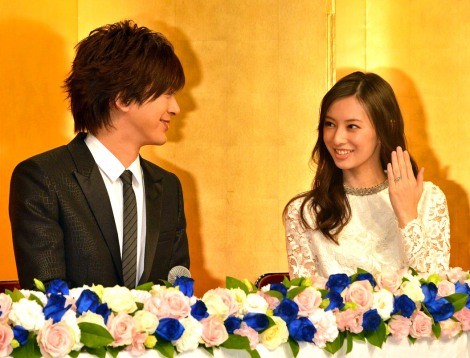 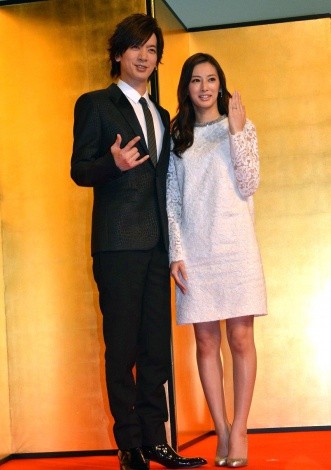