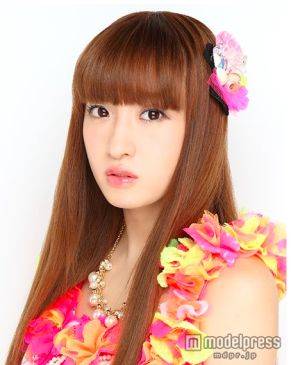 NMB48 member Umeda Ayaka will be graduating from the group.

This announcement was made on January 23rd on the second day of AKB48 group's event "AKB48 Group Request Hour Set List Best 100 2016" at TOKYO DOME CITY HALL. After the event, she wrote on Twitter, "AKB48 and NMB48 have made me shine over the past 10 years. It also allowed me to meet my fans. Moreover, I met members with whom I was able to share my dreams. I am happy."

Born in 1989, Umeda started her activities in AKB48 as its second generation member in 2006. In 2014, she transferred to NMB48 and has been active as its member since.