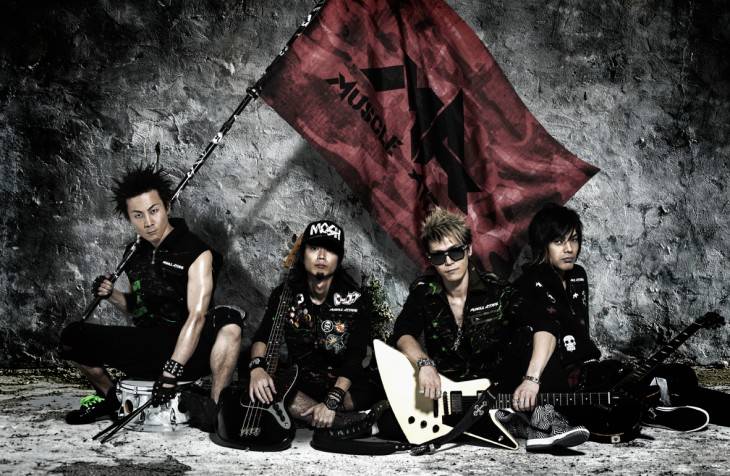 This comes about a year and two months since the release of their last album "ATTACK" in March of 2015. It will feature 9 songs including "PROLOGUE", written and composed by Jong (B, Vo), and "WHO I AM", composed by Shunp (G, Vo).

Additionally, MUSCLE ATTACK will set out on a tour called "MUSCLE ATTACK 3rd LIVE TOUR ?HERCULES ROAD?" in June. Out of the four concerts, three of them will have a guest appearance by THE WASTED.