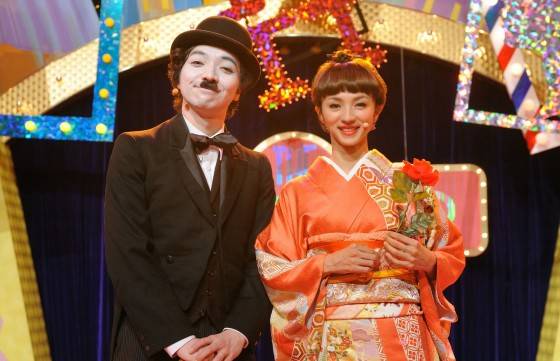 Miura Daichi will make an appearance on the 4th episode of NHK's drama "Totto TV" on May 21.

"Totto TV" follows the life of 'Kuroyanagi Tetsuko', who became NHK's first actress in 1953. The protagonist is played by Mitsushima Hikari.

Miura will play the role of comedian 'Charlie Chapman', who Kuroyanagi meets in New York. This is Miura and Mitsushima's first time working together since performing together in dance and vocal unit Folder about 16 years ago.

The two continued to stay in touch after the group went on hiatus. Miura's appearance in the drama was determined after Mitsushima gave him a phone call. On co-starring with Mitsushima, Miura commented, "I'm thankful because I always thought about making something with Hikari. I was nervous during the shoot, but I was able to get through it with Hikari's help."

Similarly, Mitsushima expressed her joy, saying, "What surprised me during the shoot was that although we pursued different paths, we were on the same wavelength. I was able to enjoy myself with a sense of security that Daichi was sharing the same stage as me."