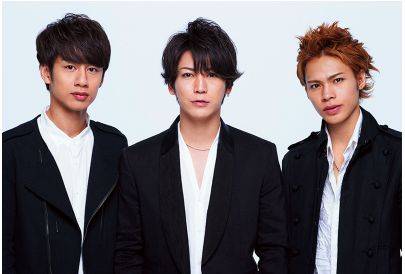 Kamenashi Kazuya (KAT-TUN) and Yamashita Tomohisa have formed a special unit called 'Kame to Yamapi'. They will be in charge of the theme song for drama "Boku, Unmei no Hito desu."

Kamenashi is set to play the lead role in "Boku, Unmei no Hito desu." The heroine will be played by Kimura Fumino, and Yamashita makes an appearance as the mystery man.

It's been 12 years since Kamenashi and Yamashita formed 'Shuji to Akira' for the drama "Nobuta wo Produce". Their single "Seishun Amigo" was a massive success and broke one million sales.