KAT-TUN to resume their activities 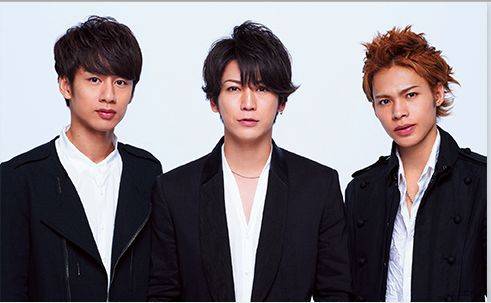 KAT-TUN, who have been on temporary hiatus since May of 2016, will be resuming their activities. They will sing the theme song "Ask yourself" for Kamenashi Kazuya's starring drama 'FINAL CUT' premiering on January 9.

The group made the important announcement on December 31 during 'Johnny's Countdown 2017-2018' at Tokyo Dome. The three also performed at the event for the first time in a long while. Nakamura Yuichi greeted, "Happy New Year," and Ueda Tatsuya declared, "KAT-TUN will restart in 2018," then Kamenashi announced that they will be in charge of his drama's theme song. In addition, it was announced that KAT-TUN will hold a concert at Tokyo Dome in April.

KAT-TUN went on hiatus to recharge themselves in the spring of 2016 after their dome tour. Since then, the members have been carrying out their solo activities such as starring in dramas.