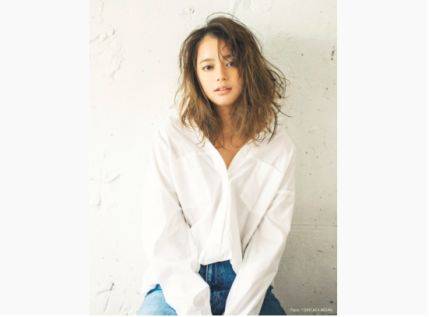 Model Kishimoto Cecil has announced the birth of her first child. This announcement was made on February 22, which was Kishimoto's 29th birthday and wedding anniversary.

Kishimoto reported, "The other day, I gave birth to a healthy baby girl." She expressed, "My eyes were full of tears the moment I finally met and carried our small and soft child. I am thankful to my husband for witnessing her birth. Thank you. Childbirth was an amazing experience."

She continued, "I'm a first-time mom. There are many things I don't know, and there are going to be many things I'll be troubled about. With the help of people around me, I hope to live each day carefully."

Kishimoto made her modeling debut when she was 17 years old, and became an exclusive model for magazine 'non-no' in 2008. After graduating from the magazine in its February 2015 issue, she became a regular model for 'MORE' and made appearances in popular magazines and beauty magazines. She also served as MC for NTV's 'another sky' from October of 2012 to September of 2014.

She married a non-celebrity man on her birthday last year and announced her pregnancy last October.