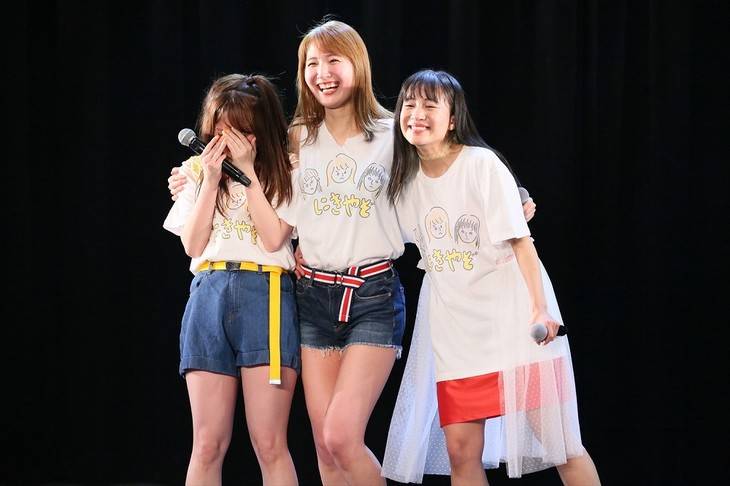 The second generation members were announced on this same day ten years ago. The three members kicked off the live with "10nen Zakura." Then during their solo parts, Saito did a dance medley, Uchiyama performed "Tobenai Agehachou", and Takayanagi sang "Koi no Onawa." After their last song "Tanagokoro," the three took the stage once again for the encore to perform "Mirai no Tobira" and "Sakura no Habiratachi." Finally, Uchiyama made a sudden announcement that she would be graduating from the group.

As the fans called out, "Don't leave," Uchiyama stated, "I wanted to make the announcement in front of these two. If I didn't receive their consent, I wasn't going to [graduate], but I feel like I have accomplished everything in SKE48. I really have no regrets. I will leave SKE48."

After the live, Uchiyama commented, "I feel really good, but I'm not graduating yet. I just made an announcement. The fans said 'don't leave' as if we were parting for good, but I still have two months. I hope to show my gratitude during that time."