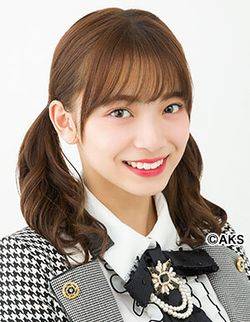 AKB48's Goto Moe has announced her graduation from the group.

Goto made the announcement on May 21 during her birthday event at AKB48 Theater. On the group's official site, she wrote, "Recently, I've been thinking a lot about my future. I felt that I shouldn't spoil myself, so I've reached a conclusion." She continued, "I will do my best towards my dream of becoming a 'model.' I know there will be many times when I hit the wall, but it would make me happy if you would support me."

Goto was nominated to Team K during the 'First AKB48 Group Draft Kaigi' in November of 2013. Her last handshake event will be held on August 11. However, her last day of activities is still undecided.