SixTONES and Snow Man to simultaneously make their debut in 2020 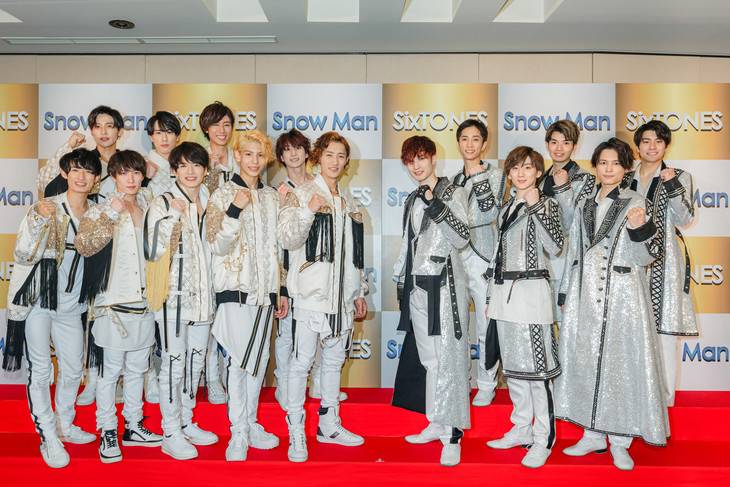 This announcement was made on August 8 during Johnny's Jr.'s live 'Johnny's Jr. 8.8 Matsuri ~Tokyo Dome Kara Hajimaru~' at Tokyo Dome. This will be the first time for two Johnny's groups to debut at the same time. SixTONES will debut under Sony Music Labels, while Snow Man will debut under Avex Entertainment.

During a press conference after the show, SixTONES member Jesse commented, "I want us to become a group that anyone can relate to. I want to work hard so that we won't lose, even to talents outside of Johnny's." Meanwhile, Kyomoto Taiga said, "The two groups are friends, but rivals. I hope we can battle with a good relationship."

Snow Man member Iwamoto Hikaru stated, "The two groups have had a friendly rivalry for many years. I want to cause a whirlwind." Finally, Raul, who is the only member among the two groups still in his teens, said, "I hope to convey my feelings for everyone else's sake also."

Are you looking forward to the two groups' debut?