EXILE NAOTO & Kato Ayako are in a relationship 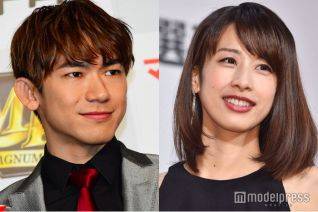 In an interview with Model Press, NAOTO's agency confirmed the reports, saying, "We leave private affairs to him. We have heard that they are in a good relationship."

After his activities in Nidaime J Soul Brothers, NAOTO joined EXILE in March of 2009. Then he made his debut as Sandaime JSB in November of 2010. He is the leader of Sandaime JSB together with Kobayashi Naoki. In addition, he acts, serves as MCs, and produces an apparel brand.

Kato graduated from Kunitachi College of Music, then entered Fuji TV. After going independent in 2016, she has also been into acting.