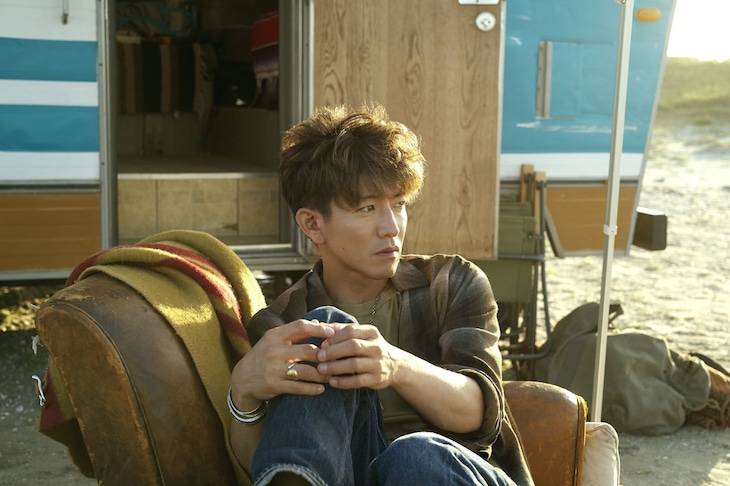 Kimura Takuya has announced that he will be starting his solo music activities. He will release his first solo album "Go with the Flow" on January 8.

This announcement was made on September 29 during TOKYO FM's regular program 'Kimura Takuya Flow supported by GYAO!' Kimura was encouraged to start his solo music activities due to many artists who have appeared as guests on the program. "Bacchi (B'z Inaba Koshi sent me a letter saying, 'I want to see you making music.' Then Delico (LOVE PSYCHEDELICO) invited me to the studio saying, 'Let's make music,' and with [Moriyama] Naotaro, he handed me the guitar when I visited him at the studio and we had a mini session together," he shared. Furthermore, he said to his fans, "After receiving messages from everyone requesting me to continue music, that turned on my switch."

Artists such as LOVE PSYCHEDELICO, [ALEXANDROS], Inaba Koshi (B'z), Moriyama Naotaro, Makihara Noriyuki, Mizuno Yoshiki (Ikimonogakari), Uru, and Oyamada Keigo (Cornelius) will be providing songs for the album. Oyamada will be in charge of the opening theme.