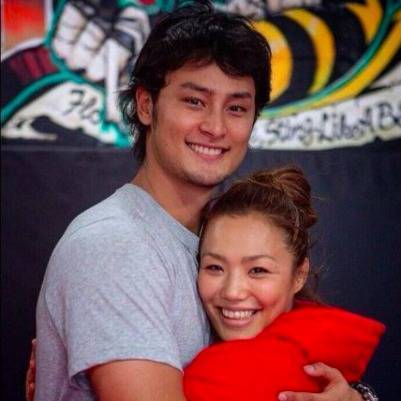 He wrote, "It's a little late, but on November 12 in U.S. time, my first daughter was born! Both mom and baby are healthy. I am thankful."

Darvish and Yamamoto have two sons, the first born in July of 2015 and the second in March of 2017. He also has two sons with ex-wife Saeko. As this is his first girl, he said in a YouTube video, "I also grew up with brothers, so I honestly don't know how interact with a girl. But I want to do my best so she won't hate me. So please give me advice..."