Arashi's documentary to be distributed on Netflix for one year 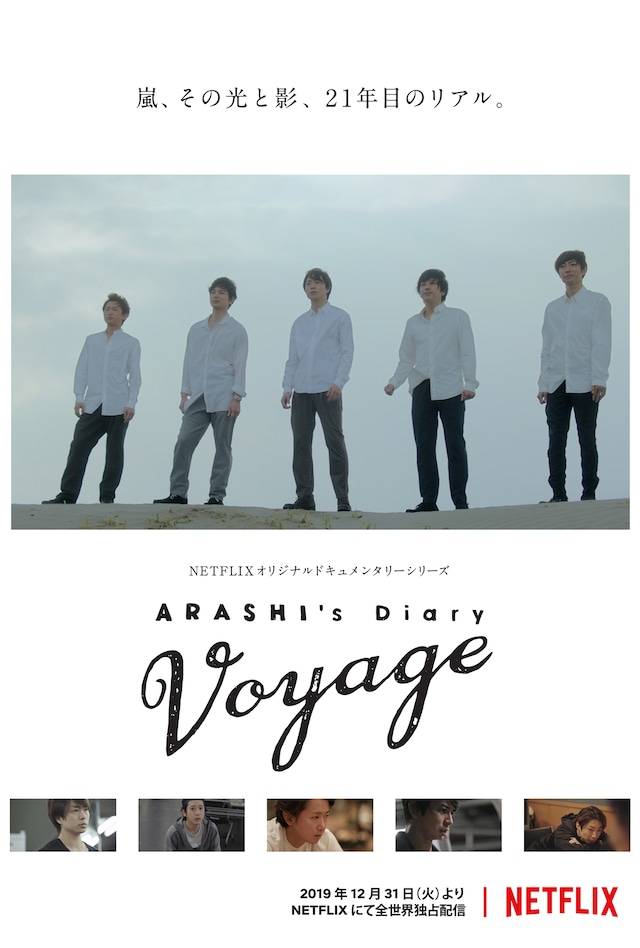 Arashi's documentary series 'ARASHI's Diary -Voyage-' will be available on Netflix for one year beginning this December 31.

'ARASHI's Diary -Voyage-' is an original program that will follow Arashi's activities until they go on hiatus on December 31, 2020. Through archived footage from the past as well as present footage, it will depict the members' state of minds as well as their activities until their hiatus. This documentary will be released in 190 countries with subtitles available in 28 different languages.

An episode of 'ARASHI's Diary -Voyage-' is scheduled to be released every month for a year beginning December 31. You can check out the trailer below.