Miyazaki Hayao holds a press conference regarding his retirement 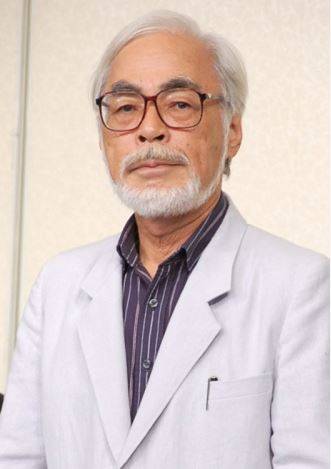 Miyazaki made his appearance at the press conference with cameras flashing all around him. With a smile, he said, "I'm a person who has caused many uproars saying that I would quit, but this time, I'm serious."

He continued, "Since 'Ponyo', it's taken 5 years to make 'Kaze Tachinu'. It takes 5 years. If I start thinking about the next film, 5 years isn't enough. At this age, in 3 months, I will be 73. If it takes 7 years, I will be 80. While I would like to continue working for another 10 years, I think the days of my animation films have come to an end."

Regarding his future, Miyazaki commented, "I am free. As long as I can drive, I am thinking about going to the studio everyday. I feel there are still things to see while I am resting." He added, "I am thinking about doing things I've been wanting to from before. And that is not animation. I won't say it because it would be shameful if I am not able to do it."

Including the foreign media, about 600 reporters came to hear Miyazaki speak about his retirement. Studio Ghibli's producer Suzuki Toshio and president Hoshino Koji were also present at the press conference.

Producer Suzuki stated, "All things come to an end. I always thought it would be uncool to retire after a decline. Which is why this was decided when 'Kaze Tachinu' was being supported. In that case, I feel it was good." On Studio Ghibli's future, he revealed, "We are eagerly producing the story of 'Kaguyahime no Monogatari' which will be released on November 23. We are also working on a movie to release next summer."

Miyazaki's retirement was announced by Hoshino Koji during a press conference for 'Kaze Tachinu' at the Venice Film Festival on the 1st.