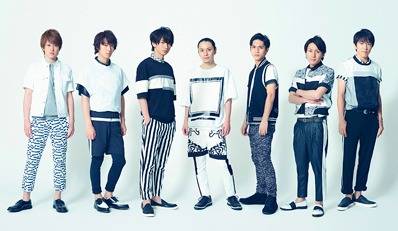 Kanjani8 has started up an independent label called 'INFINITY RECORDS'. From this label, they will consecutively release two singles and an album.

This announcement was made through Johnny's Entertainment's official website. August 25 marked 10 years since Kanjani8 released their debut single "Naniwa Iroha Bushi" from Teichiku Entertainment. They have parted ways with their old label and have started up a brand new one named after them (? = infinity).

Kanjani8 is scheduled to release 3 consecutive works from the new label. The first will be a single in October, the second will be an original album, and the third will be their last single of the year.

After releasing the album, Kanjani8 will hold their dome tour 'Kanjanism LIVE TOUR 2014?2015'. It will kick off on November 16 at Sapporo Dome for a total of 13 shows.