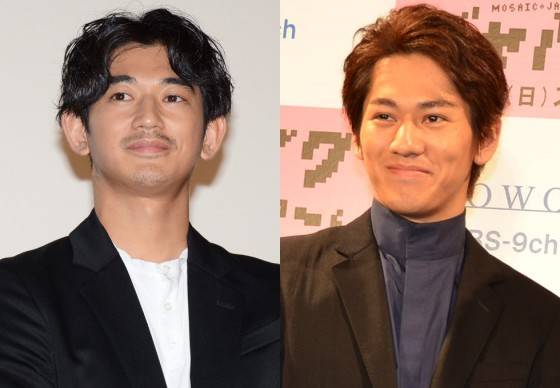 On October 26, actor Eita made an appearance on the talk program 'Oshareism' where he talked about his younger brother, actor Nagayama Kento.

Nagayama has been just as busy as Eita, starring in movies such as 'Wara no Tate' and 'Crows EXPLODE'. His latest movie 'Clover', co-starring Takei Emi and Okura Tadayoshi), is scheduled to open in theaters this week.

On his relationship with Nagayama, Eita revealed, "We are close. We are 6 years apart, so I've been looking after him ever since we were little. To me, he's always the Kento from when he was a baby. Even now, he's still really cute."

He also shared that they often go drinking together and talk about each other's works, "We talk about how good it (the work) was."

During an event for his movie 'Mahoro Ekimae Kyousoukyoku' earlier this month, Eita expressed his wishes of co-starring with his younger brother someday.