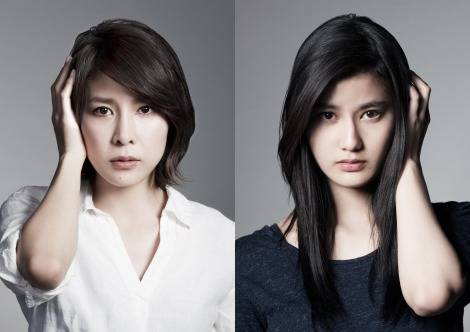 It was announced that Takeuchi Yuko and Hashimoto Ai would star in a live-action adaptation of Ono Fuyumi's award-winning horror novel "Zane." This marks the first time the two actresses are co-starring.

"Zane: Sundewa Ikenai Heya" starts where "I", a mystery novelist, receives a letter from her reader Kubo, a female college student. The letter says that she hears strange noises in her room.

Prompted by curiosity, "I" and Kubo start investigating the room, and soon, the two find out that the people who previously lived in the room have been involved in several incidents such as suicide, joint suicide, or murder. Why those people had to have a miserable end of their lives...? As the investigation goes deeper, a shocking truth is made clear.

Takeuchi will play as the protagonist "I", and Hashimoto will be the college student Kubo.

"Zane: Sundewa Ikenai Heya" is directed by Nakamura Yoshihiro ("Yokokuhan", "Shirayukihime Satsujin Jiken"), and it is slated for release on January 30, 2016.