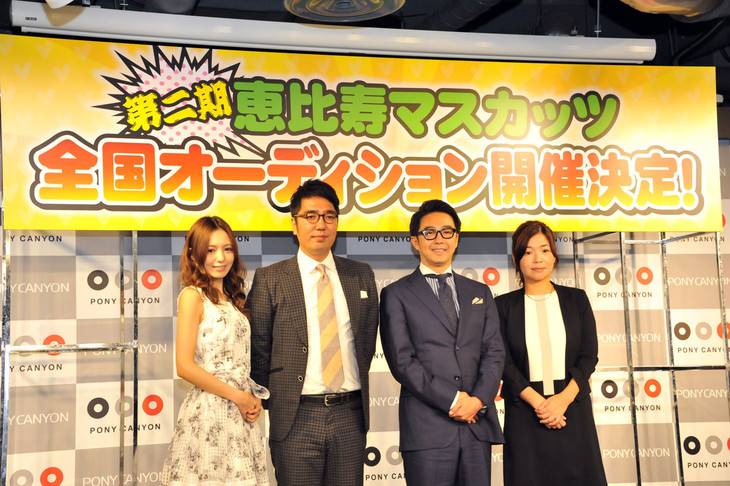 Sexy idol group Ebisu Muscats will be making a return!

The first Ebisu Muscats that disbanded in April of 2013 was comprised of sexy actresses. This time, anybody from ages 18 to 30 who have confidence in their sex appeal are eligible to audition. The new group will begin their activities aiming for the 2020 Tokyo Olympics. They expect to announce the members and the group name sometime in October. They will then release their first single in November and hold their first live in December.

Kishi, who served as the third leader of Ebisu Muscats, revealed that none of the members from the original group will be joining the new group. "I would like someone who seriously wants to inherit the soul of Muscats to audition. I don't think I can cheer them on right away," she honestly confessed.

The first Ebisu Muscats made their debut in 2010 with the single "Banana Mango High School". After releasing a total of 9 singles and 2 albums, the group disbanded in 2013 while at the peak of their popularity.