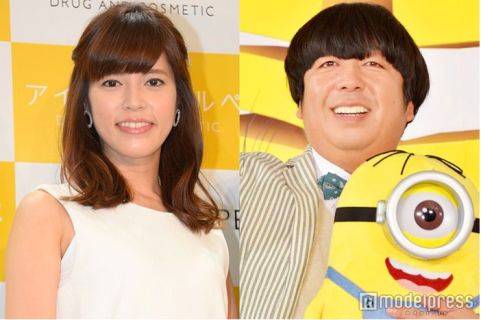 At the beginning of his radio program 'Bananaman no Bananamoon GOLD', he announced, "On April 7th, I, Himura, married Kanda Aika-san," and shared that he proposed to her last Christmas. The couple submitted the marriage registration papers at the ward office on the 7th with Shitara Osamu (Bananaman) as the witness.

According to their agencies, the couple does not have any plans for a wedding ceremony and reception. Currently, they are living together, and Kanda is not pregnant at this time.

Kanda fell in love with Himura at first sight in 2013 when they were on the same team on a quiz show. When they later co-starred on a different program, Kanda confessed her love to him and began dating in February of 2015. Later in April, some gossip magazines reported that the two were partially living together.

Since then, they have been openly dating. When Kanda appeared on a variety program, she commented on Himura, "I'm not interested in ikemen," and "To me, he is handsome."