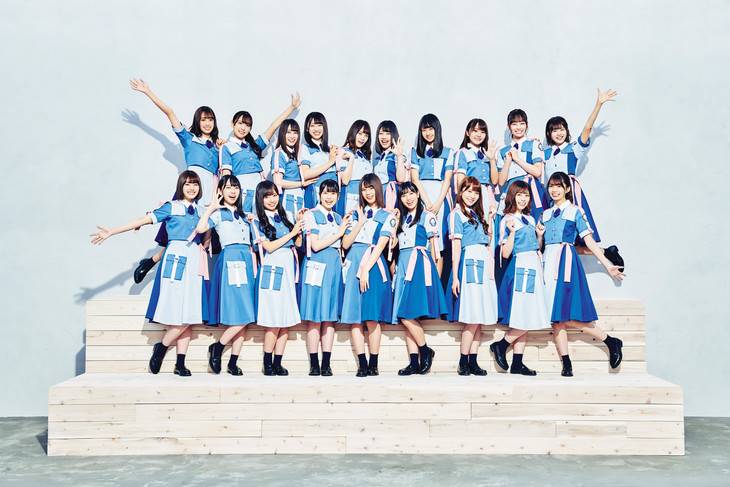 It's been announced that Hinatazaka46's Kakizaki Memi will be graduating from the group, and Hamagishi Hiyori will be taking a break from her activities.

Kakizaki started her activities as a member of Hiragana Keyakizaka46 in May of 2016. On her official blog updated on June 21, she announced that she will graduate from the group after all activities related to their first single "Kyun" (released back in March) have concluded. Since April, she has not been able to maintain a balance between her mind and body, which caused her to take a break from her activities. During that time, she started thinking about her future and decided on graduating.

On her plans after graduation, Kakizaki said, "I will think about it carefully." To her fans, she wrote, "Thanks to everybody, I was able to spend a wonderful time."

As for Hamagishi, she has been in poor health condition for sometime. On her blog, she stated, "I will take a break for a little while and come back to Hinatazaka46 healthy!" Her comeback will be announced when her condition has gotten better.